View our full address and map here, or fill in the form below

Horror movie, The Wasting, which was released in Toronto earlier this year was filmed on location in London on our very own Sony FS7. Due for release on Amazon, iTunes, Vimeo on Demand and VHX at the beginning of July, check it out for a mind bending visual feast! 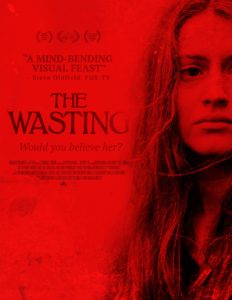 We recently invited a well known Vlogger called Mumbo Jumbo to try out our Canon C300MKII.

See what happens when he takes the camera around our neighbourhood filming the art covered streets of Shoreditch. We’re happy to see the video has had 39,000 views so far with 2k likes

Over Sampling HD Processing is an advanced debayering algorithm for image processing that effectively utilises the abundant powers of 4K image capture in Full HD recording. The camera captures a 4K image, the RGB channels are separated into three individual 8 megapixel 4K signals and the 4K RGB signals are then multiplexed and scaled down internally into a Full HD (1920×1080) signal. This improves the perceived resolution and allows you to record a significantly cleaner Full HD image.

EPIC ushers in the next generation of digital cinema, featuring a 5K sensor capable of capturing 1 to 120 frames per second at full resolution. From fashion spreads to 3D IMAX features, EPIC has crossbred elite photography with unrivaled cinema capability—all in a camera the size of a DSLR. In challenging lighting conditions, EPIC makes it easy to adapt with its ability to reach up to 18 stops of dynamic range with HDRx. Remarkable technology packed into a 5lb body – with EPIC, less is more.

We originally shot this video: https://www.youtube.com/edit?o=U&video_id=DHWyN1wk5oM

for Lewisham Hospital Choir in December 2013 and the song got to number 14 in the Indie charts.

Now, with a heavier campaign behind it, the track has been re-released and is tipped to be No1 this Christmas!!

Support our great NHS system by sharing, liking and spreading the word!!

END_OF_DOCUMENT_TOKEN_TO_BE_REPLACED

Firstly, I usually work with a cameraman but a last minute change of jobs saw a change of battle plans. This prompted a desperate phone call at about 17:30 to London Video Camera Hire. They could oblige me a camera, took my details and I was bouncing out with the full kit strapped over each shoulder the morning after the night before. Dealing with London Video Camera Hire was as simple as that!

It’s been a while since I did any video journalism work. The last time was in Crimea in early 2014. My day’s shoot wasn’t about “invading” Russians, rather the Chinese stampede into East London with a 1.7 billion pound investment and revamp of the Royal Albert docks. It was an investors launch day and a fairly straightforward shoot.

While sitting around to interview ABP chairman, Xu Weiping, I secured an interview with Hot Yoga founder Bikram Choudury after showing him a picture of a younger version of himself on a key ring I picked up from one of his Centre’s in London years ago. It was a nice touch to the day after chewing down on the Asian influenced buffet.

A lot will most likely be written about ABP’s chairman over the coming months and years as the derelict, empty site north of City Airport is constructed into new homes and a business Centre. If it is completed as outlined and planned, the short and long term effects and aims of continuing east London regeneration will be to everyone’s advantage.

But after that Jerry Springer final thought, I had to lug all the kit back to Shoreditch and ingest on site. That wasn’t an issue either and the day passed off without anyone being killed by my camera work.

Sometimes our cameras are doing really worthwhile stuff out there! Our Canon 5D MKIII recently accompanied Anya Oleksiuk as she filmed and photographed Marie Curie’s dedicated collectors for the Great Daffodil Appeal.

Marie Curie’s Great Daffodil Appeal has been raising awareness and funds since 1986. Every year, millions of people across the UK show their support for their work, simply by giving a donation to wear a daffodil pin. Without this generosity, thousands of families across the UK wouldn’t be able to make the most of the precious time they have left together.

All this wouldn’t be possible without the volunteers – tin holders, coin collectors, daff wearers and difference makers… They have been amazing and this year raised Ł5.2 million!

Our camera travelled across London and met a lot of great people that day who are really dedicated to the cause. Just check their smiles!